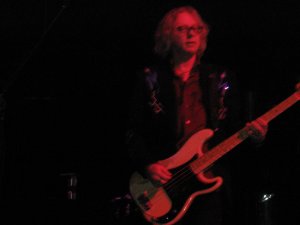 Why were they wearing coats? That’s my question. It was so hot on the floor. I can only imagine what it was like onstage under lights! 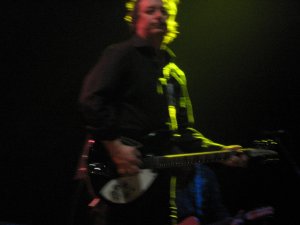 Wish I could’ve gotten a better shot of him. Guess it speaks to his energy level that he would NOT stand still.

Downside to being practically up Stipe’s nostrils? The damn mic stand is ALWAYS in the way.

I take comfort in the fact that these guys know what it’s like to walk from Myers Quad uphill to the Arch in 90 degree weather in September.

Scott’s been with R.E.M. since 1994. Give him three more years and he’ll have been at it as long as Bill Berry was. 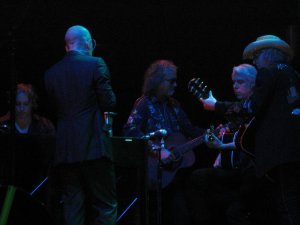 The tenderness that this song brings… it was amazing to hear.