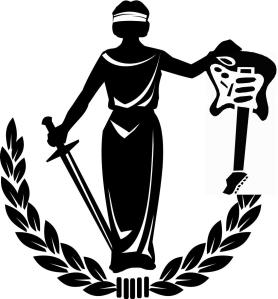 This Thursday was an incredibly long day for me music wise. Several albums due to be reviewed, lots of emails, and a concert to promote. Needless to say, I was not in the best mood. Thankfully, I had something to look forward to: The Second Annual Music Law Forum, presented by the UGA Music Business and the UGA Law School.

Music law’s something I’ve been throwing around for a long time. While my chances of getting into law school are slim to none, law’s always been fascinating to me. Pair that with my music obsession and you have a pretty powerful mix.

Anyway, some friends and I went to Little Italy’s for pizza/subs before the forum. We discussed quite a bit of material, mostly revolving around the good and bad of the UGA Music Business program. While munching into our subs, we threw out the hypotheticals for future employment in this business we call music. Writer? Lawyer? Manager? Jam Band tour manager? The list got pretty long and increasingly specialized. I really enjoy these conversations because they allow you to bounce ideas off each other and offer advice and help.

After stuffing ourselves full of suby goodness, we walked to the law school, searching for room “A.” After asking a random person and getting hopelessly lost inside the building, we were fortunate enough to run into two law students.

“You just look like music people. And we’re entertainment law.”

Thanks to those two women, we found our way to the law room where they had food (!) waiting outside. Having already had mass quantities, we decided just to grab a Coke and settle into our seats. I took a quick look around and was pleasantly surprised to see a large group of our MBUS classmates. We chatted for a bit, mostly talking about who the panel was.

*blank stare from me*

Unfortunately, she was not. So after educating her on the finer points of his career, I moved on to describing the other panelists. I’m the type of nerd who has to google people before I hear them speak. Kinda a reassurance of legitimacy issue. Blame my journalist side if you must.

We took our seats and were given an introduction to our moderator Mr. Downs (far more detailed than mine..) and began to hear from the panelists.

Michael Crain specializes in intellectual property and trademark work for estates such as Jerry Garcia and Sinatra.Jonathan Leonard works with producers, songwriters, and publishers out of Atlanta.Lisa Moore worked with GA Lawyers for the Arts, an organization that is absolutely priceless for struggling artists who need help with copyrighting their work.David Prasse owns Slush Fund, they just put out the new Empties record.

So with our panel fully introduced, they went into depth about how they got into music law. As I was scribbling my notes (all 5 pages!), very similar patterns started to appear. None of them had really planned on going into music law. They also had started to branch out into other areas of entertainment.

Moore probably put it best. “Now, the music is everywhere. Even the music oriented touch other areas like t.v., movies, magazines. Everything’s up for grabs.” Moore compared it to being a “manager” rather than just a lawyer.

Bertis then asked what had changed in their practices in the last decade, with email coming more into focus. All of them agreed. STRESS. A never-ending onslaught of stress.

“Your clients expect you to be within reach at all times,” said Leonard. “I learned very quickly that you have to have a line firmly put down between you and the client about contact.” Several of the panelists don’t let clients have their personal cell phone numbers, for peace of mind.

A side note from the conversation led into the discussion of 360 deals. Until 2 years ago, most record deals looked the same. Today, majors are looking for giant pieces of an artist’s income by tapping into the tour/merch/publishing income. But is this bad for bands? The answer: mostly yes but it depends.

“If you’re at the Madonna level, you’d be fine doing the deal,” said Moore. “But many indie labels are trying the same thing and that’s dangerous.”

I was waiting to hear what Bertis had to say on the subject. R.E.M. is supposedly on their last record under their WB contract. If they continue making music, would they consider a 360 deal? God I hope not. But Downs seemed sorta adverse to the idea of such a deal, mentioning that it was a bit crazy to put all your eggs in one basket like that.

The conversation went on for a bit longer with questions from the crowd being tossed out. General points: Attorneys have to do more for clients now, majors are laying off big numbers but smaller places are growing, and artists should approach lawyers when they’re on the cusp of a new plateau.

Overall, it was a great discussion for anyone interested in these issues. I did see a few people about to nod off but that’s their problem. Me, I have five pages of good notes and a handshake from a music icon from the night.

I was in a darn good mood as my friends and I headed off to the Melting Point for our show. The sold out crowd there only made me happier since I helped promote the thing. Needless to say, a busy night well spent for this Athens music junkie. I went to sleep and dreamed of litigation and power chords.