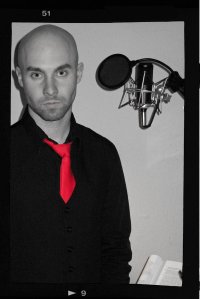 Rappers, hip-hop, and R&B don’t get a lot of coverage in Athens or honestly, on this blog. So when Mr. Valentine saw it fit to leave an email for us, we were intrigued and amused by the thought out responses to our questions. Valentine left the scene in order to try and gain some perspective on fame and music. Hearing the call to pic up the mic once more, he made the announcement that he’s coming back to the scene after leaving for two years with a show at the 40 Watt. Valentine is also currently working on a full-fledged album. You can check his other stuff out here. Now for a look inside the comeback kid, T.K. Valentine.

What drew you to rap?
When I was in high school, here at Cedar Shoals in Athens, hip-hop was going through an era where freestyling and battling were a part of every day life. You still had your southern stars like Juvenile and Master P, but you also couldn’t go a day without seeing kids banging on desks, bathroom stalls — whatever — to create beats to rhyme over. As someone that has always felt pulled by words, the competitive witty nature of the artform was very seductive. I used to sit and watch battles and pretend that I was the person that was about to rhyme, and imagine what I would say. Eventually, I began battling myself, and did so for almost five years before I felt ready to make my first recorded material.

What’s your writing process like? Any time of day better than others?
As I said before, the key to my process is procrastination, procrastination, pressure . . . and more procrastination. I tend to work myself into a corner, and only then do my songs start flowing. This is one of the reasons I announce big shows BEFORE I start writing the songs — it forces me to work. As it is, I tend to compose my lyrics on computer, by playing a beat on repeat over and over again — sometimes dozens of times before I can write a single word. I usually start with a song concept, from there write a chorus, and from there establish the verses. Verses usually come about as I freestyle over the beat, writing down any interesting phrases I surprise myself with.

What are you hoping to gain from the comeback show?
The privilege of being able to share my words in front of an audience is probably the thing I am most excited about. As much as the things that follow the show are fun, such as recognition and applause, it is the thrilling risk of being able to share what you have written that it is really about. As anyone that has ever been on a stage can tell you — there is nothing like it.

What do you do when you’re not performing/writing? Any hobbies?
I enjoy politics — currently I am involved with several local civic groups. I am, at the moment, trying to get more involved with the Athens Boys and Girls Club, which is an organization I believe a lot in. We are actually donating $1 from every ticket sold to benefit the AB&GC. I also try to keep up on my studies at UGA, and spend as much time as possible either reading or spending time with loved ones.

Who are your influences? Anyone you look up to locally?
I of course have tremendous respect for R.E.M. — their song, “Radio” with KRS-ONE was actually the first rap song I ever heard. Beyond that, I was lucky enough to work side by side with many of my local influences, including eLeMeN.O.P and Ishues. Outside of the local realm, I feel most influenced by Paul McCartney, Pharaohe Monch, Johnny Cash, Andre 3000, Eminem, Kanye West, 50 Cent, and Ben Folds. I was raised in a house with a large, strange record collection and I like to think that I — and my music — benefitted from it.