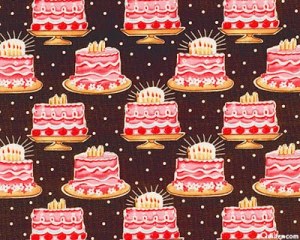 It was late and a massive headache had kept me from moving around too much earlier in the day. Life’s been a bit different lately. New scenery, new assignments, and a lot of friends coming and going. I was feeling a bit down, having been fighting the headache and a bit of anxiety earlier. A lot of things had come up all at the same time, leaving me feeling a bit overwhelmed.

Thankfully, all it took was some Tylenol, two hours of work, and $5 at the Caledonia to make me feel a lot better. It’s been a while since I’d been to my first hangout spot. I remember going there years ago to see the Sleepy Horses (what are they up to now?) and Gift Horse…

It’s been a busy time for the Lounge lately. Kaya’s redone the stage, deck, and sound systems and the venue just celebrated its 10th year of existence. Right on that party’s heels came the Happy Happy Birthday To Me celebrations. The label has also been around for a decade, making for two straight weeks of quality entertainment. I had to miss Thursday because of meetings and the headache came back on Saturday but I did manage to stay up long enough to get to the Friday show. I didn’t realize how much I needed it.

Upon parking (Prestige could build a pool with all I’ve paid to them), I wandered in to find my bestest good buddy Mr. College Grad at the door. Needless to say, he was super excited about the line up. Especially this band called Los Meesfits. A salsa Misfits cover band? Giving away fake mustaches? I love this town!

There were little party hats everywhere. Balloons were hung on the back wall over the new stage. And I? I was sitting in my spot near the door, watching the people file in and getting pwnd by Mr. Grad because I like the Modern Skirts. After a few comments about his age, he let the Skirts obsession go and conversation turned to the night’s festivities.

I finally got to meet Mike Turner (!) who mentioned he’s seen my Flagpole work (!!). It was really nice to finally put a face to the name. I’ve been a fan of HHBTM’s label without even realizing it until recently. I’ve usually only bought the cds (a shame, I know) so I didn’t recognize the awesome packaging that went along with the records until it was pointed out to me.

Los Meesfits played well and were followed by the Lolligags who, unfortunately, were playing their final show. The duo had swapped stage clothes for the occasion, giving me my first Athens show watching a man in a dress. Shocking that I could’ve gone this long, I know. Mr. Grad poked me in the ribs. “This is REAL Athens.” I couldn’t help but smile.

Some of Oh-Ok and family passed by my perch at the door, and a few remembered me from Randy’s birthday party a few months earlier. They weren’t performing as Flash to Bang Time tonight. I finally left my seat to get closer to the stage. Even after all this time, I’m still finding myself the youngest or next to youngest at these type shows. It’s never really been a problem, just a funny situation when you compare our “dancing” styles.

We were grooving along when the band suddenly struck up three extremely familiar chords… HOLY COW! They’re playing PYLON!!! I couldn’t believe it. I turned back to the door and mouthed “No Way!”. Guess there were a few as surprised as I was. I never thought I’d get to hear “Look Alive” live in concert ever again. But here it was, being covered by probably the only band left in Athens that COULD cover it right.

The rest of the set went on and I retired back to my perch, filled with glee that the Lindas had seen fit to pay tribute to Pylon. I managed to stay for the rest of their set but by the time Marshmallow Coast was starting up, my headache decided to start up too. I said my goodbyes and tried to take extra care not to back up over the gaggle of musicians behind me car. THAT could’ve been bad. All in all, a great night. So great that I took all of Saturday off to write about stuff. Yup. I love this town..