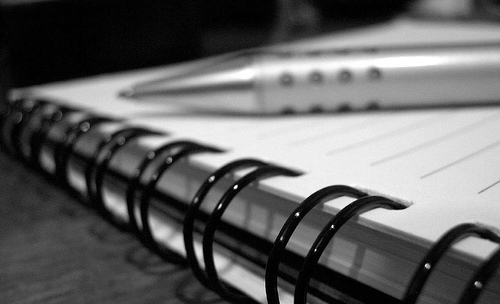 Over the weekend, I met up with an old friend to catch up on our lives and ended up discussing the inevitable “What are you doing with your life?” question. He was about to get engaged to his longtime girlfriend, got a decent job in a corporation, etc. So when asked what I was up to, I talked about the usual stuff but for some reason mentioned my pipe dream of eventually writing a few books about Athens. “Like what?” Like what indeed…

This conversation came on the heels of meeting a young guy who is trying to write a book about the Elephant 6 collective. A huge task to be sure and not one that I’m sure my computer’s hard drive could handle. I’ve done some work in fiction, nothing serious but it was really fun. I still work on that piece from time to time when I’m in a particularly verbose mood. But in all seriousness, the lack of more current works of Athens music quality (R.E.M. bios not included) is a bit disturbing. So I compiled a list of book titles and excerpts that I’d like to see done. Who knows? Maybe I’ll get to write one myself some day.

Cool: The Story of Pylon
Hurrah’s is like a sweatbox tonight. Randy’s shirt is already untucked, Michael’s blood red top is burning up, and it’s only a matter of time before Curtis loses his completely. It’s the middle of February but the Athens, GA band seems to have brought the summer heat of their native town with them to NYC. It’s suffocating. The thump thump thump thump of the drums is pulsating the stage, acting as a cue for Vanessa to twirl around like a spinning top, dress floating in an imaginary breeze. She nearly misses her next verse but reaches out and grabs the microphone just in time. “You can dance. If you want to. Dance. If you WANT TO!”……………

Something in the Water
One thing to consider when thinking about Athens music is the ideal geographical location of the town. The capital city of Atlanta is not too far away, giving any band with a ride access to not only venues but resources like recording studios and one of the world’s busiest airports. Also of importance, Macon, a historical music town that has sadly seen better days. Home of the Georgia Music Hall of Fame, Macon was once the home of Capricorn records and acts like the Allman Brothers Band and Otis Redding during its heyday in the late 60’s and early 70’s…..

The Georgia Theatre: From Film to Fire and Everything in Between
The heat is intense, scorching the sky. People stick their heads out of cars several miles away and see a large plume of smoke coming from the edge of downtown. Some students near the UGA Arch remark about the heat and turn their eyes in horror to the vast, dark cloud drawing nearer. Cell phone in hand, they dial. “I think the Theatre’s on fire…..”

Athens, GA: The Drinking Town with a Music Problem
(Yes, I stole this title from the compilation cd. We could make it a package deal. Sheesh.)
According to various sources, Athens has the most bars per square mile of any town. Whether this is actually true or not can be debated but it only takes a trip downtown on a Friday night before the big football game to believe it whole-heartedly. Some have also claimed that Athens has the most bands per square mile of any town. The same trip downtown on a Friday is proof enough of that. If there’s anything the town has, it’s a good soundtrack and a great thirst……….

Rich Someday: The Randall Bramblett Story
His eyes glance across the room, searching for that one person he’s gonna connect with tonight. The band behind him is stumbling around, plugging in guitars and shifting amplifiers. The smokey atmosphere is making it a little harder to see but there in the corner is a couple, watching intently as Randall adjusts his saxophone. Bingo. He smirks just a little and turns to the band. They’re ready. Drum count…one, two, three…and out comes this wail………..

Of course, there’s a lot of other ideas jotted down here. Some Widespread Panic stuff, a couple of Athens/Art book ideas, and a random history of WUOG project that still boggles the mind. Don’t even get me started on the music video ideas or the film documentary. That’s a different blogpost…