There’s just so much awesome stuff going on this weekend surrounding R.E.M.’s 30th Anniversary that I felt like we needed somewhere to list all of it. Then I asked a few friends how they’ve celebrated R.E.M. anniversaries over the years. Some of the responses were completely cheesy fanstuff and then others were truly touching. So I made a list of 30 Ways to Celebrate R.E.M.’s 30th This Weekend! (in no particular order).

1) Donate to Nuci’s Space or another charity for their b-day.

2) Attend REM30 at the Melting Point on Friday.

4) Tune into WUOG on Monday from 12-5pm EST and listen to the R.E.M. tribute. We’ll be giving away one copy of the “Finest Worksongs” compilation every hour. We’ll also be giving you a SNEAK PEEK… Listen in and hear an exclusive track…

5) Join the REM@30 Group on Youtube and leave the guys a birthday message.

7) Read the 30 Days to Chronic Town articles on Abandoned Couches.

8) Grab some guitars, friends, and a camera. Find a Silo. 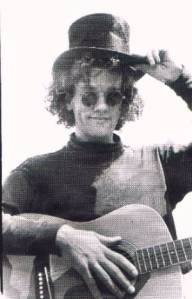 9) Cover rare or obscure songs with your buddies. Lose points if it’s this though.

14) Donate some books to a school or a library since Peter Buck really likes to read.

15) Catch one of the special R.E.M. film showings at Cine.

16) Pull a Mike Mills and go play some softball or golf. Take a friend.

18) Try learning an R.E.M. song on guitar. “Everybody Hurts” is a good one to start with.

19) Go to an art gallery or teach a child how to use a camera like Michael Stipe.

21) Scour the internet for really old or hilarious R.E.M. photos like so. 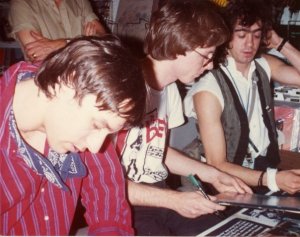 22) Connect with other fans by joining a fansite or by making your own.

28) Watch some of the videos online or the dvds.

Anyway, there are a ton more great ways to spend this weekend. R.E.M.’s anniversary (which is also Kathleen O’Brien’s birthday!) is April 5th so you’ve got a good 4 days to celebrate.