Skip to content
So R.E.M. is back to recording their follow-up to 2008’s Accelerate. The guys are camped out somewhere in the Louisiana region but maybe not in an actual studio (random guessing here..) The likelihood that we’ll see a release in 2010 is pretty much gone but here’s hoping for first quarter of 2011!
Not many news leaks as to what the album might sound like besides some hints at a horn section. But the figurative silence was broken after five videos appeared yesterday morning. I can only describe the contents in the following fashion… 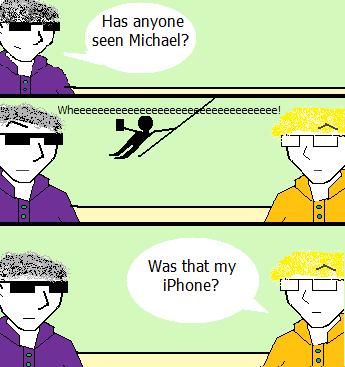 (Awesome/Awful Paint Comic By Jordan Stepp)
You can check out the videos HERE. As a nerdy sidenote, the fourth video has an inexplicable shot of a record called “Training Your Parrakeet to Talk.” Correct me if I’m wrong, but isn’t that the same record that Pylon once considered using as vocals on their records?