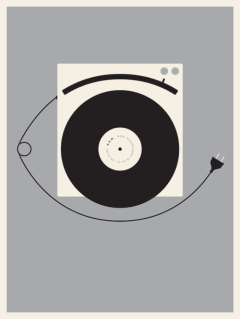 The above picture is a cool little poster pointed out to us by Stephen Williams. It’s by Jason Munn, is called “R.E.M. – New Adventures in Hi-Fi” and more details about where to get it are HERE. WANT.

So the big thing today is Pete Buck‘s announcement of who’s playing his Todos Santos Music Festival. All the usual suspects are headed there, including the Baseball Project, The Minus 5, and Robyn Hitchcock.

Pete also talked a bit about his new record to Paste, detailing just who is singing and who might be playing. Longtime fans of R.E.M. know that Buck’s not one for small talk, promo, or taking forever in the studio. So we’ll probably hear more music coming from sir Pete soon after this release gets out…

Meanwhile, Michael is once again supporting Obama, to the surprise of exactly no one. Stipe’s been busy in NYC, seen having supper with his former band mates and offering up “Every Day is Yours to Win” to the Obama campaign.

Don’t forget that the reissue of Document is coming out this month. I’ve yet to see a whole lot of press going around about it which is surprising considering how incredible this album is.

If you’ve been missing the chats around Murmurs.com, consider joining this Facebook group to catch up with a lot of us.

Finally, you’ll want to see this. We truly do go back…