Welcome to Athens! If this is your first time here or first time in a while, take a moment to read these tips about enjoying your time downtown. Let’s get to it! 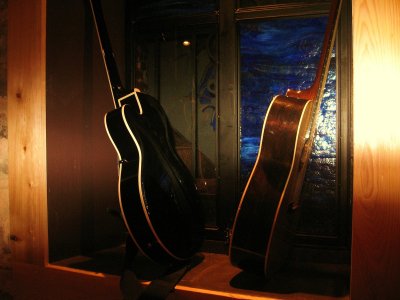 1. Athens Showtime
Let’s say you head to a show where the doors are open at 9 p.m. and they say the bands will start at 10 p.m. You arrive at 9:45 and are proud of yourself for arriving early enough that you won’t miss a single thing. There’s just one problem. Very few people are there and the band doesn’t even begin until 10:30! What gives?! You, my friend, have witnessed a show in Athens time.

While some venues are very strict about door time and music time, other venues want to give the crowd some time to grow before a band gets onstage. If you’re out and see that very few people are around, there’s a good chance that the band will go on later so they’re not playing to an empty room. This can be the decision of the venue, band, or both. Maybe there was a cancellation on the roster or a band is running behind with set up. Don’t worry about it. If you’re over 21, grab a drink and relax. The music will start soon enough.

2. Downtown
The term “downtown” can mean different things depending on what you’re referring to. Downtown in the daytime usually refers to the area seen below. 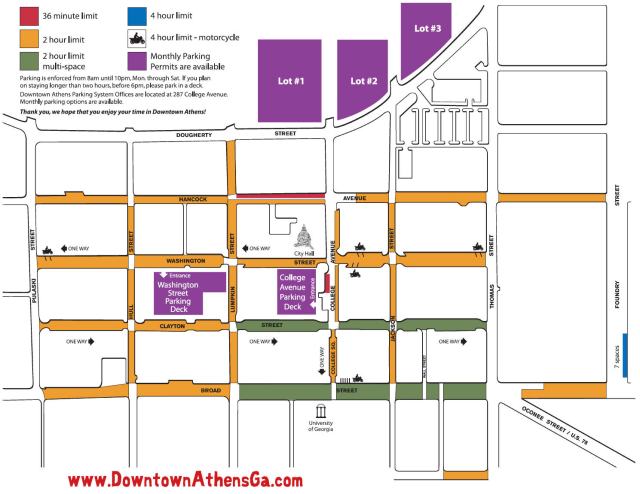 Downtown at night refers to all the bars, venues, and late night snacking areas. It also loops in some of the music venues that don’t fit right into the neat little square. We’re talking Go Bar and the Melting Point mostly.

Parking is, to be frank, a nightmare sometimes. Prestige Parking holds many of the available lots around venues and charges $5 to park for the night. There are also a few parking decks around if that is more your style. Cash will be your best friend before you get into the venue; many of these areas don’t take cards.

3. Getting Into the Venue
There are a few venues that typically cater to the 21+ crowd but most will take anyone 18 and older who show a REAL VALID ID. Seriously, don’t cause trouble for yourself and anyone else by using fakes. If you do try to fake your way in, prepare to be mocked relentlessly by everyone around and be in some legal trouble.

Have your money and i.d. in hand when approaching the venue. Nothing clogs up a line more than people fumbling around for cards. You’re best off carrying cash to get in and a card for drinks. Also, don’t be a dick to the door guy. The price of the show is the price of the show, as is the age limit. No, they won’t make allowances for just you so get your act together beforehand if you think there will be a problem. Venue staff is not a babysitting service.

4. Safety
DO NOT DRINK AND DRIVE. If you grab a cab, make sure it’s a legit one with lights on top, a company name, permit number and ID. Beware of idiots who don’t know what a sidewalk is and who hang out in the street. This is a problem near some of the bars. Also beware of kids whose parents never taught them how to look both ways before crossing the street and how to use crosswalks. 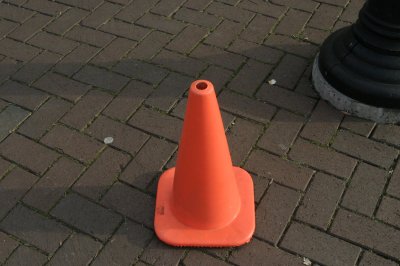 5. During the Show
If you’re at a small acoustic show or a big but quiet act, for the love of all that is Athens please do NOT talk loudly the entire time. People will hate you. Dancing, singing and other forms of merriment are encouraged for the louder shows. I don’t know when it became uncool to dance at shows in Athens but dancing is awesome and more people should do it. A small note on requests: If you know the band, give them a request before the show and don’t get offended if they decline. Most bands have a stable setlist that they’ve rehearsed and a new song may not be doable at this time.

6 After the Show
Buying merch is encouraged. These folk work hard and need gas money. Just as you wouldn’t expect a plumber to work for an hour “on the house,” bands and artists deserve to be paid. If you took pictures or video, feel free to tag the artist in it on your favorite brand of social media.

And that’s about it, gang. You’ll be quite happy in Athens if you enjoy music. We’ve got all kinds of rock, pop, shoegaze, crabcore, experimental, hip-hop, and everything else just waiting for you. Get out there and enjoy!